Mt Monadnock, one of the Seven Sacred Mountains of the U.S.

On my way out of town on the way to Austria, I felt a previous lesson rising within me.  This was a teaching, a lesson, that I had learned about going on a journey.  One time I learned the hard way, ignoring this feeling, and all of my bags disappeared out of the back of the car, but that’s another story.

“I think we should stop and offer prayers before this incredible journey to Austria and back”, I said to Aji, my adopted 17 yr old nephew.  “Good idea, Uncle Mark”.  (I should note he was with me when we discovered the mysterious disappearing bag trick.)

We pulled over and walked to the side of the gas station parking lot.  There in the distance was Mt. Monadnock.  Now this was special because it’s a rare place that one can see Mt. Monadnock from these parts.  As well, it’s one of the Seven Sacred Mountains, according to Gilbert Walking Bull, an elder of mine, who has “changed addresses” so to speak.  Each time he came to visit us from the Black Hills, he would tell us about this mountain and others like it around the country that rise up out of the land.  “People have quested on these mountains and received visions from the creator, these are sacred places”.

“Perfect”, I said to myself, regarding the synchronicity.  I pulled out my ceremonial tobacco pouch that I use when tending a Sacred Fire.  “I would like to make an offering to this Sacred Mountain here in New England, to watch over us until we reach the high mountains of Austria”.  “And back”, said Aji.  Bless us with a grounded and safe journey so that we may return and tell the story of the day, sharing the blessings and teachings from the Alps Nature community to our own”.  Aji and his mother, who was kindly driving us to the airport, also joined in.

We had a natural moment of quiet when we were done.  I think it was peace.  The feeling was, ‘We’ve done what we can, it’s the creators turn.  Let’s continue and live our mission to the fullest’.

And so we did.

When we arrived in Tyrol by plane, the descent into the high valley was spectacular.  The scale of the mountain peaks to the valley floor was ridiculous.  We were alive and impossibly in some Magical Land. 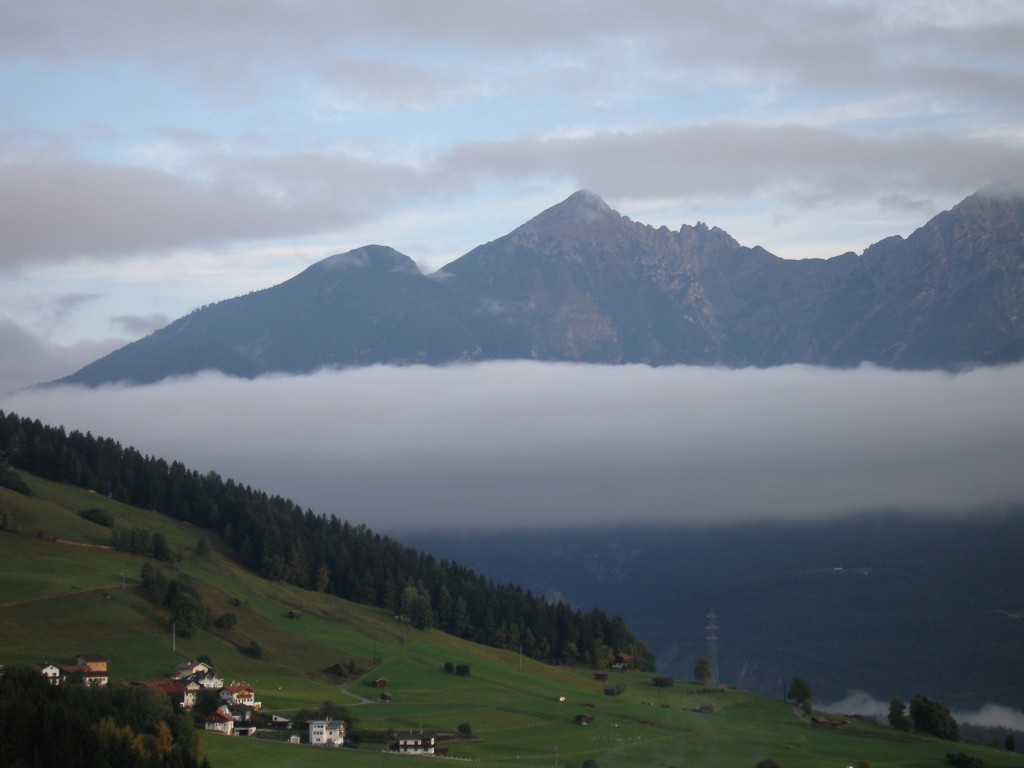 Our host, Ron Bachman, co founder of the Alpen Wildnis Schule, gave us a greeting of local lore and legend on the drive through town.

The first story he told us was about this cave, which we could see, on the side of this mountain, rising steeply from the valley floor.  “ This is one of the Seven Sacred Mountains of Tyrol” he began.  My jaw dropped.  I shot a glance to Aji in the back seat that said “No way !”.   I looked up at this great mountain and reflected back on that moment, 24 hours earlier, when we left New England.  An unspeakable gratitude came over me.  I feel blessed.  This is unexplainable, but I feel protected and supported by the mountains, by these Sacred Mountains.

Inside, I expressed my appreciation and dedicated my journey to the highest purpose I could fulfill, an international network of peace.