Here I am in London, Ontario.  There are 45 people at this talk and hungry for something, I can sense it.  Could be hockey.  They like their Junior Hockey. 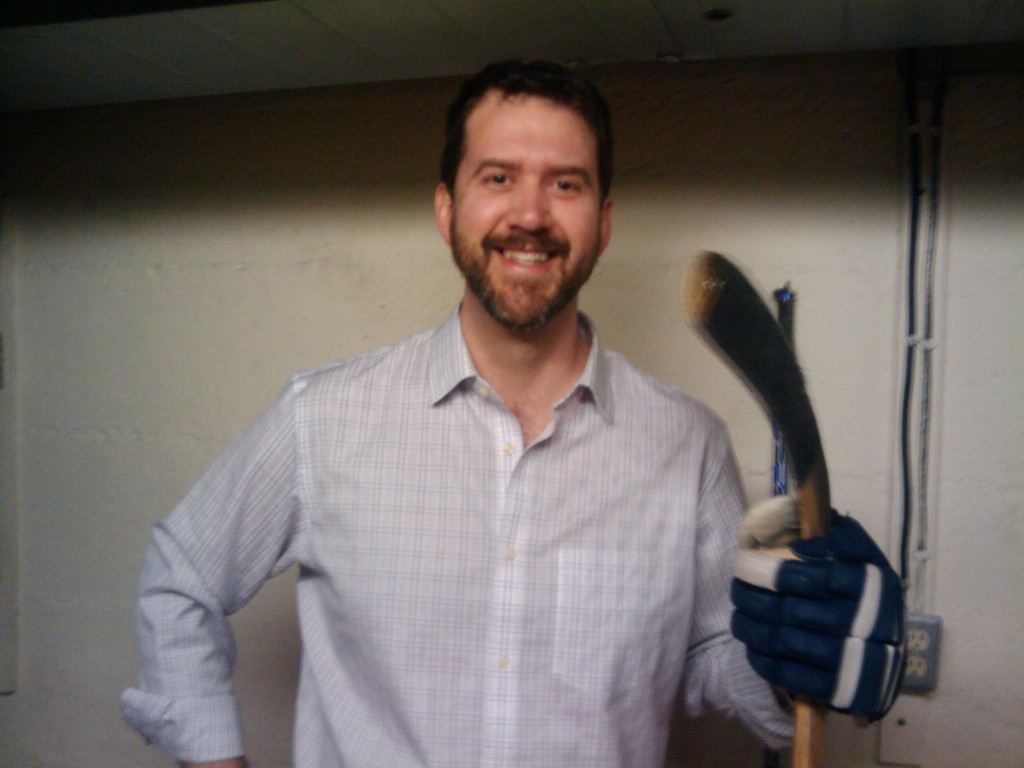 Three months ago I was approached by Andrew McMartin, founder of the Pine Project, (Toronto).  He asked if it would be possible to run an Art of Mentoring in the Toronto area next summer.  I agreed to mentor him and the area wilderness schools into an interdependent network of resilient relationships.  This approach to starting an art of mentoring in a new area is a regional strategy developed in the Northeast around the Vermont AOM and is the same approach I am using in the UK right now, prepping for the London aom.

So tonight is the first of five talks I will be giving this weekend to introduce the possibilities of bringing the Art of Mentoring to the region.  And like I said at the end of the talk, “Don’t think of the AOM as a program, because if that’s all it is, I don’t want to do it.  Think of it as a seed that will inspire you to live this in your own life.”

There were 12 youth there from a nationwide, federally funded youth program called: Katimavik (video).  They live together for 9 months together in one house, learn about community living with themselves and do service work in the outside community at the same time.  They are challenged to live without TV and to only do things they can make with their own hands, like bake their own bread, rather than buy it.  They are members from french speaking and english speaking areas of Canada.  Not only do they learn to live democratically with each other, but they travel as ambassadors to each of these culturally different areas to serve those communities.  I spoke with them about Peacemaking and gave them the research challenge to look up the Peacemaker Story of the Iroquois.  One of them said “I want to know about this invisible thing called culture that you are talking about, I want to get to know it because its impossible to see !  I want to be apart of the next generation that learns to create culture consciously “.  I gave her the homework to get the book, “Dancing with a Ghost” by Rupert Ross, (a Canadian), and send me a one page report on her reflections.  She shook on it.

An 11 yr old girl in the front row raised her hand when I asked for questions.  “What is an elder?” she asked.  I said, “I will tell you what I think, but tell me first what your guess is”.  She said, “Someone older, like a grandma or grandpa, who you can go to and they help you with stuff”.  I smiled,  ” Perfect” .

I spoke about culture that night and the importance of having a conscious facilitation of connection:  bonding with each other, knowing of ourselves and connection with nature.  I spoke about Elders, rites of passage, and the importance of parents modeling creative curiosity that the children will naturally imitate.  In the end I offered, “If we don’t raise our children the way we would like, someone else will.”

At the end of break, our host and local mentor, Kevin MacGregor, asked about local animal sightings.  The first hand went up and he said “I saw Coyote tracks down at the sewage treatment plant”.  Another one went up and said “I’ve seen Coyote tracks in Sifton Bog”.  Two more stories popped, one from Kevin about finding an actual Coyote Den and the other from Andrew, who saw two Coyote’s run by him and his children at his nature program, yesterday.

Lookin’ Good.  Did I tell you that Coyote’s guide 2nd edition just came out?